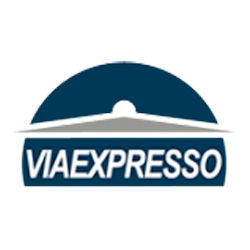 Object of the Concession

VE1, with 20.7 km, starts at VR1, in Machico, and ends at Ribeira de São Jorge, Santana municipality. The connection with VR1 is made using an uneven node and access to routes / locations crossed by level crossings or by rotunda-type intersections.

VE2, with 14.05 km, connects São Vicente and Porto Moniz, constituting an alternative to the old ER101.

The VE3, with 21.86 km, starts in Ribeira Brava, develops along the southwest coast of the island and ends at Raposeira. This section crosses the localities of Tabua, Ponta do Sol, Magdalena do Mar and Calheta.

The VE4, with 12.35 km, materializes the preferential link between the south coast and the north coast, to the west of the island. This section begins in Serra d'Água and ends in São Vicente (km 0 + 000 of section VE2). A significant part of the layout of this section is developed along the Encumeada tunnel, 3.1 km long.

The Concession is responsible for the operation and maintenance of 44 tunnels in the main network. The VIAEXPRESSO is also responsible for 35 bridges / viaducts, 18 roundabouts, 7 overpasses and about 47 crossings of the hydraulic passage type and underpass.

The bridges / viaducts have an average length of 80m, the smaller being 16 m and the largest being 280m.

VIAEXPRESSO is in charge of two of the largest road tunnels in Brazil. Both are more than 3 km long, the most extensive of which is the Cortado tunnel in Santana, which is about 3200m. It follows the Encumeada Tunnel (with 3100m), between the municipalities of Ribeira Brava and São Vicente, connecting the south coast to the north coast.